​​Honoring women of all ages, sizes, and statuses

for their personal achievement and community involvement!

Additional items not on this list but that are just as popular are puzzle books (crossword, word search, Sudoku), and female hygiene products – please be mindful of package size with these. The organization itself can always use colored sharpies and Ziploc bags – they’re used to repackage items in the military care packages in the event they break during shipping. The colored sharpies are used  for decorating the interior panel papers. At the packing events as well as local schools and info tables set up at small area festivals like National Night Out, the community is invited to write encouraging messages or draw pictures that will be included in the military care packages.

Rules:
1) All items must remain in their original packaging for hygienic and expiration date purposes.

2) No aerosol or alcohol (hand sanitizer and some mouthwashes have it).

3) No bar soap – liquid bodywash only. 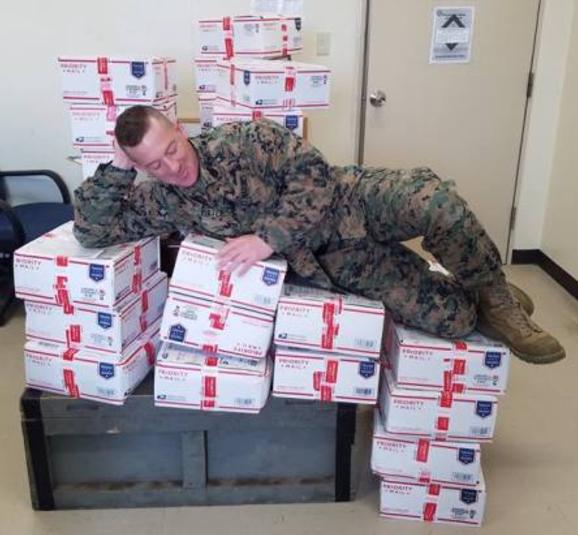 In 2017,  Operation We Care became the national platform of the All American Pageant & Mrs. All All American Pageant. This non-profit organization was founded in 2007 by Jeff and Diana Merritt and to date has sent nearly 20,000 care packages to our US Military serving overseas, including ships at sea with the US Navy. Donated items are packed and shipped on a monthly basis including two large-scale packing events each year in May and November. Financial donations are used to not only purchase supplies but also for postage. Receiving these packages lets the military know they are thought of on the home front and greatly increases morale. 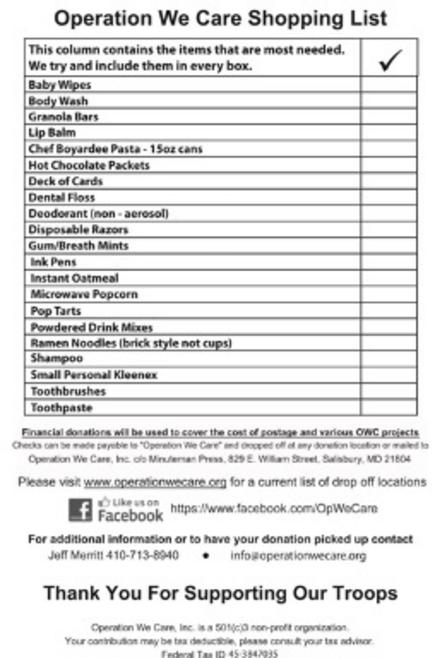